I recently took a trip to a small village near my native place to seek blessings from Kula Devi. As we journey to the village, we traveled across the best and worst roads in MP. One of these kachha rastas was a never ending muddy road between green pastures. It was a beautiful sight and we were tempted to get out and walk around.

This area was the source of inspiration for movies like Kayamat se Kayamat tak, Virasat, Shakti etc. It is well known as a home of ruthless individuals, savages, with two or more murders to their names. It is said that these individuals would send their kids to the city to studies and work, encourage them to never return while proudly boasting about their crimes.

I had no words to describe our shock and horror as our driver told us these real life horror stories.

On our way home, we experience another upsetting sight – a long line of people were waiting to see an Ojha baba that could cure all ailments and pains. We stopped and watched as this man chanted in a high pitched voice and sprinkled water of the ill. If anyone complained of pain after his healing, he coerced them into believing they were fine and then asked them to donate to build a temple. 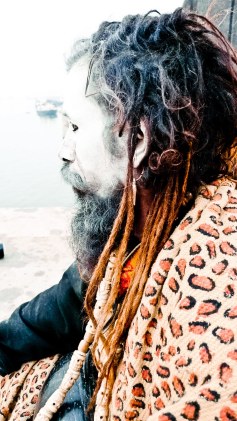 We asked around and learnt that this man was no spirituality leader but a government employee who had been doing this for 10 years as social service.

This trip was an eye opener. It made me ask myself many questions – what kind of world do we live? How can people behave like this? Why do we behave like civilized individuals out of India but not within India? Why do we follow blindly?

It also brought the realization that for India to grow, we need to stop following blindly and think for ourselves. I pray if prayers really work, that we Indians gain the wisdom to make the right choice.

Growth and Change are synonymous. Everything changes even non living things. Places and things appreciate in value or depreciate. Some turn into priceless antiques while others become obsolete. Human beings, in particular, change as we grow – we learn from our failures and successes, we gain priceless experience with each gray hair and wrinkle.

The person I am today is vastly different from the small town bhopali girl of yesterday. That girl was sheltered, over protected, sweet and naïve.

I traveled away from Bhopal to the city of Pune to the bustling metropolis of Mumbai. Each move, each experience and each person added new dimensions to who I am.

Bhopal, my childhood home forms the foundation of ‘who I am’ but it was Pune that taught me to be independent and self sufficient.

Pune, a transient city, is full of individuals who have come there to study or work. Surrounded by strangers, it is easy to feel lost and alone. Making friends and socializing helps but not enough. I often found myself asking, ‘How do you cope?’ No answer filled the gap of family and a steady support system. It was the gradual change from dependent to independent that brought the awareness – friends help but you have to live for yourself first.

Mumbai, the mecca of marketing churns out professionals of every level but it wasn’t my dream. I have always been a small town girl and I was sure this fast paced metropolis would kick me out. I owe my survival to my friend Vandu. I love her for her support and guidance. She let me stay with her during that terrifying month and guided me on the do’s and don’ts of living in Mumbai.

Mumbai was worth it!

A decade has passed since my foray into independence, that girl who once was so dependent on others has transformed. She has grown confident and is capable of extending a helping hand, like Vandu extended hers, to help those in need, those still trying to find their footing.

They say ‘Time teaches and you learn, sometimes the lesson is easy but mostly, lessons are hard earned’. Luckily for me, I had a balance of easy and hard but I have just completed my first decade of independent living, I still have a lot of living to do. I look forward to the changes and growth, life will bring. I hope when I am old and gray with deep wrinkles, that the person I have become is someone that gives back to society, an instrument of growth. 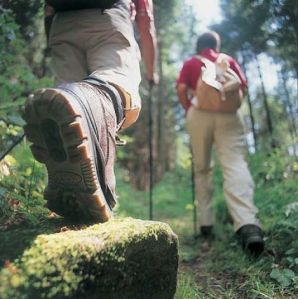 I got bit by a travel bug when I was very young. Since then, I have made it my mission to see all the wonders the world has to offer. I have climbed up mountains and gazed at the clear blue sky. I have traveled deep into the jungle and glimpsed the hidden wildlife. Each trip has deepened my passion, brought new adventures and created wonderful memories.

One unforgettable journey took place in 2006. We had organized a trip to the jungle for school students. The trip was fantastic, the students really enjoyed themselves but on our last day our junglegetaway turned into a jungle adventure.

After an exciting day of sightseeing, we were heading back to the dorms when we realized that one of the jeeps had a puncture and there was no spare. We were in the middle of the jungle, over two hours away from the dorms and there was no way to call for another jeep or a mechanic. The kids began to panic, partly scared and partly excited about spending the night in the jungle. As if, that would ever happen!

It was past 4 pm and the light was quickly fading, so we squeezed all the kids with two coordinators into the jeeps, while five of us armed ourselves with weapons and lights and began our long trek home.

The minute the jeep left, gone were the responsible adults. We felt like teenagers on a forbidden adventure. We kept ourselves entertained by kicking pebbles, chasing dogs and joking around. We even pulled out a bottle of rum to share. Not smart or safe but definitely exciting. 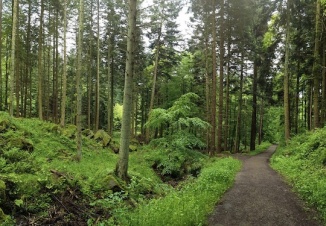 It got darker, we grew weary, the moon rose, the stars twinkled and we jokingly saluted the moon and requested it to ‘show us the path’ as we continued to trudge along.

Then, a sound broke the silence.

Shivers ran down our spines. All sorts of thoughts crossed our minds.

No, that was a growl, someone was cutting something.

We tried to think. We tried to see. The buzz faded away. We stood in a circle, bags on our back, clutching our weapons and lights, hoping to banish the danger.

We looked up. We flashed our lights. We saw… an Aghori Baba!

The ‘Aghori Baba’ was cutting a branch above our heads.

Imagine its pitch black, there are five of us yelling at the top of our voices and flashing our lights but we couldn’t get his attention. But it was as if, he was blind and deaf. There was no other path. We had to go straight but we couldn’t move forward safely until he stopped. We kept yelling. We flashed the torches from his face to our faces to alert him of our presence. Luckily, we managed to get his attention before the branch fell.

Exciting, nerve wrecking and surprisingly not over!

If the sight of an Aghori Baba cutting a tree in the jungle, in the middle of the night wasn’t strange enough, our night got stranger. He slipped down the tree like a monkey and fell to our feet, claiming that he had spent the last eleven years waiting for us. He told us that a flood had destroyed his village and he was left alone and homeless. He wandered aimlessly for a while until a ‘Baba’ advised him to do tapasya in this jungle until he met five lost pandaavs. By guiding the lost pandaavs home, he could end his struggles.

We looked at him in bewilderment, he was crazy but since it was dark, we were exhausted and he seemed relatively harmless, we took the aid offered. We spend the night at his hut, took the offered map and surprisingly, we reached the dorm safely.

Two years later, we headed back to the same jungle. Our curiosity got the best of us and we went back to the same spot to see if the Aghori Baba was still there or if that had been a very strange dream. He wasn’t but another ‘Aghori Baba’ had taken his spot.

So, I guess his tapasaya was over. 🙂

When you travel you meet unusual people, add excitement to your life and create unforgettable memories. This journey was strange, even scary at times but I do not regret even a moment.

So, pack a bag and head out for an adventure, you will not regret it!